How to use your Seedboxes.cc VPN service

Our VPN service is solely based on the popular Wireguard protocol. The decision to support only the Wireguard protocol, comes from the fact that it is the most actively maintained vpn protocol, supported on any single operating system, open source, extremely fast, and provides extremely good encryption for everyday usage without slowing down your speed. Furthermore Wireguard was developed with the mobile connected world in mind, providing roaming for mobile devices as well (switching from one internet connection to another, works seamlessly and flawlessly).

Visit the official Wireguard site which you can find here .

For faster reference, the links to download the app are as following;

You first need to generate a Wireguard connection. Don't worry, the process is simplified and automated for you!

Just visit your seedbox at your client area, click the tab "VPN" and then the "+ Add VPN connection" button

At the new modal, name the connection to your liking (e.g. macbook) and click the "Create VPN Connection" button

That was it, the connection is generated. You can now download it via the "Download Configuration" button

At the new modal, you can choose the country of the VPN server. For best performance, it is already preselected for you

Open up your Wireguard app and choose to import the file you just downloaded. You should see a button named Import tunnel(s) from file or equivalent. 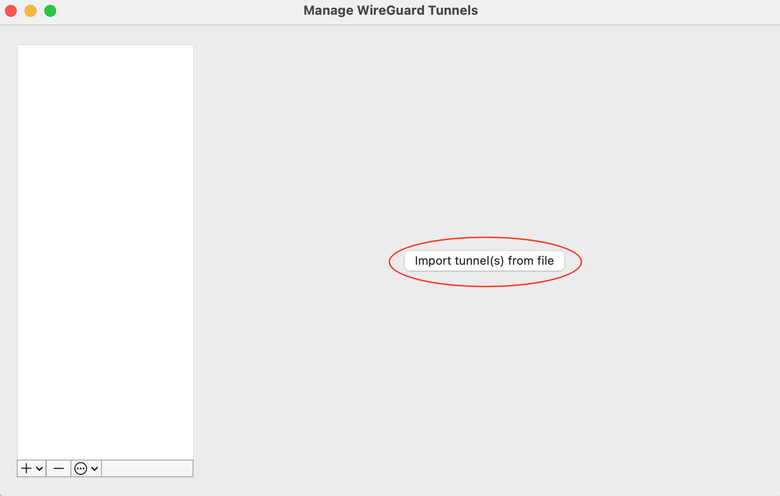 Select that file and proceed. That's it! You have successfully set up the Wireguard connection.
To use it, just click the Wireguard icon at the taskbar and select the "sbccvpn_wireguard" option to connect to the VPN server

Since there is no available wireguard GUI for linux, you must proceed according to your distro's guides or forums.
For example, for Ubuntu, after you have successfully installed wireguard (and resolvconf, as stated above) via "sudo apt install wireguard resolvconf", you need to rename the wireguard conf file to wg0.conf and copy it to /etc/wireguard/ while using sudo for the cp action.
In order to activate the connection, you need to do the following;

For tablet/mobile devices, you again select the VPN country and server as with Desktop / Laptops (or just use the preselected / default), but now you click the "Get Wireguard QRCode" button instead.
Note:: You could download the configuration file to your device and then import it (as you would do with desktop / laptop) but the QR code is easier and faster.

A new modal will appear with the QR code revealed

Note: The above QR code is invalid, it is only shown as a demonstration

At the dropdown menu, click the "Create from QR code" link

This will open your camera (make sure that you have given permissions for allowing the camera to be used) so you can scan the QR Code.
You can name the tunnel to your liking (e.g. sbccvpn). After that, you need to allow it so your tablet /mobile can use the VPN connection you just set up.

NOTE: Try to rename the config file to something that does not contain spaces and special characters (like "sbcc" as previously written) or the server location like "France" before importing it, as there is currently a bug with Wireguard and Android mobiles.

That was it, you can now easily enable it and connect to the VPN server at your convenience!

Additional considerations about the service

A wireguard connection created in your client area can be installed in many devices if you wish, but only one of them can be connected simultaneously. This is a limitation of the way Wireguard works. If you try to connect at the same time from a second device with the same connection, it will either fail or your previous connected device will log out automatically.

If you need 2 simultaneous connections, create a second connection from your client area, and download a second configuration to your second device. All our plans include at the minimum 2 connections and depending on your plan, up to 5.

there are vpn that keep internal record of the connections, do you keep a record or not?

Hello!
We do NOT keep any kind of records or logs!

With Wireguard, the use of the local network is a little bit annoying (no access at all) on client side. Please consider making a tutorial about that ! Thanks

If you are using Windows, try editing the configuration in Wireguard and uncheck the option on the bottom that says "Block untunneled traffic (kill-switch)"

When I attemp to import the configuration file into the app I get the message "unable to create tunnel l, invalid name"When

Could you please be a bit more specific on your issue?
What OS / device are you using?

I get an error saying unable to import tunnel: unknown section in

Have you tried downloading another configuration from another location (and/or from another server) to check if you still encounter issues?
What OS / device are you using?

It is best if you opened a support ticket so our technicians can further assist you. Don't forget to add the above details at your ticket.